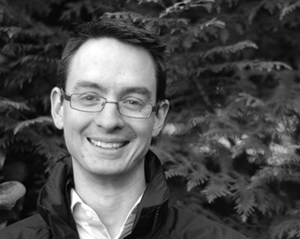 Justin Gregg is science writer and author of the book Are Dolphins Really Smart? He writes about animal behavior and cognition, with articles and blog posts appearing in The Wall Street Journal, Aeon Magazine, Scientific American, BBC Focus, Slate, and other print and online publications (more info here). Justin produced and hosted the dolphin science podcast The Dolphin Pod, and has provided voices for characters in a number of animated films (more info here). Justin regularly lectures on topics related to animal/dolphin cognition (more info here). He also blogs about science and humor/nerd/pop culture topics on his personal blog at justingregg.com

Justin received his PhD from the School of Psychology at Trinity College Dublin in Dublin Ireland in 2008 having studied dolphin social cognition. He is currently a Research Associate with the Dolphin Communication Project, and Adjunct Professor at St. Francis Xavier University. Justin has a research focus in dolphin social cognition, and a background/interest in linguistic and the evolution of language. A list of Justin’s academic publications can be found at this link.

An article in Vermont Quarterly about Justin’s career can be found at this link.

BBC Earth
Is your toddler really smarter than a chimpanzee? (October, 2014)
Are dolphins cleverer than dogs? (September 2014)

Slate
You Had Me at “Cybernetic Dolphins” (Future Tense blog, November 2013)

New Scientist
Dolphins get the point (Third Prize Wellcome Trust and New Scientist Essay Competition 2008)
Will humans ever be able to speak or even understand dolphin? (Last Word Column, July 2013)

Earth Touch
Top 4 dolphin science discoveries you might have missed this year (Sept 30, 2014)

Oxford University Press Blog
The dawn of animal personhood (December 19, 2013)
The precarious future of ocean megafauna (October, 2013)
Do dolphins call each other by name? (July, 2013)